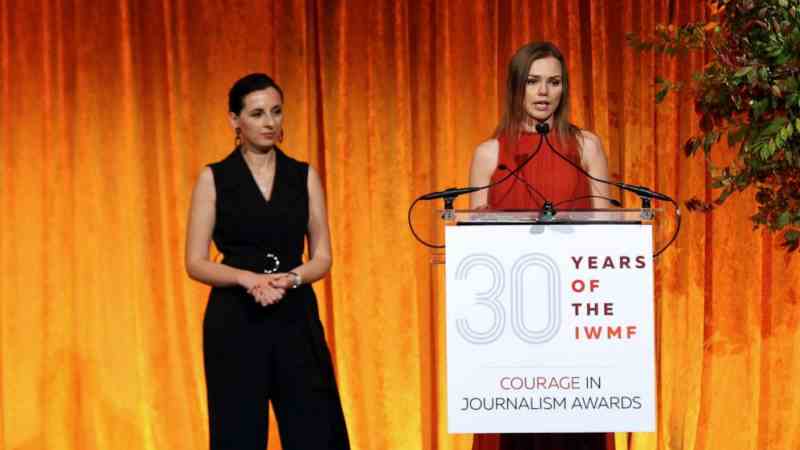 Based in Kyiv, Anna Babinets joined OCCRP in 2015 as a regional editor for Ukraine. She is co-founder and editor-in-chief of the independent investigative agency Slidstvo.Info, an OCCRP member center. Anna specializes in reporting about corruption in the Ukrainian Army, the security sector, and the gas and oil market. She is a 2019 recipient of the International Women’s Media Foundation’s Courage in Journalism award. She also worked on the Ukrainian segment of the Panama Papers project, which won a 2017 Pulitzer Prize. 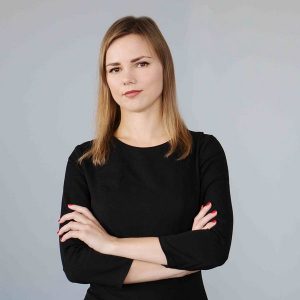 Anna was a reporter for the investigative documentary, Killing Pavel, about the murder of Ukrainian journalist Pavel Sheremet. The documentary won the 2017 Investigative Reporters and Editors medal (USA) and the 2018 DIG award (Italy). She was also a member of the YanukovychLeaks team, which analyzed more than 25,000 documents found in a lake near the former Ukrainian president’s home in 2014. The team won a Global Shining Light Award from the Global Investigative Journalism Network in 2015.

The Courage in Journalism Awards honor women journalists who set themselves apart by their extraordinary bravery. Facing and surviving danger to uncover the truth, they raise the bar for reporting under duress. Candidates for the Courage in Journalism Awards can be full-time or freelance women reporters, writers, editors, photographers or producers working in any country. Sexual harassment, threats, attacks, government oppression, a stubborn glass ceiling, unequal pay, accusations of fake news and a growing mistrust of the media all threaten press freedom around the world. And female journalists often feel the greatest brunt of these attacks. In fact, the number of female journalists killed in 2017 more than tripled from the year before.

The Courage in Journalism Awards show people that female journalists are not going to step aside, cannot be silenced, and deserve to be recognized for their strength in the face of adversity. It honors the brave journalists who report on taboo topics, work in environments hostile to women, and share difficult truths. The International Women’s Media Fondation also recognizes the pioneers who kicked down barriers to make it possible for women all over the world to find their voices and make them heard. Lifetime Achievement Award winners persevered, opening doors for future generations to make a difference. These women demonstrate a commitment to press freedom and extraordinary strength of character, overcoming unjust conditions to become leaders in their industry.

PERUGIA 4/4/2019 | INTERNATIONAL JOURNALISM FESTIVAL Recent years have been marked by growing antipathy toward journalists, particularly when they challenge respected figures or in times of national crisis. Journalists are associated with increasingly visible corruption or crime, rather than simply shedding a light on existing problems. This makes it more difficult for their stories to produce the desired impact. In order to reverse this trend, a group of speakers has been testing various approaches (including open days, campaigns, local festivals, and others) to build relationships and trust with their audiences, and send a positive message in support for journalists. The session is intended to present the learnings from these activities and explore the outstanding challenges to be addressed.